Gustafson to Receive Posthumous Induction into VAA Hall of Fame 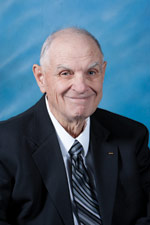 June 11, 2015 – The late Dale “Gus” Gustafson, a 50-year EAA member who was involved in vintage aircraft activities for more than 40 years, has been selected by the Vintage Aircraft Association as the 2015 inductee to the VAA Hall of Fame. Gustafson will be inducted posthumously during the annual EAA Hall of Fame induction banquet in November.

Gustafson (EAA 8891) died in June 2014, bringing to a close a long passion for aviation, particularly vintage aircraft. Prior to his death, he had been a board member of the EAA’s Antique/Classic Division, which later became the Vintage Aircraft Association. He also served as VAA’s chief judge at EAA AirVenture Oshkosh for more than 40 years, leading the group that had the difficult task of determining recipients of the coveted Lindy awards at EAA AirVenture from hundreds of beautiful aircraft restorations.

“It is fitting that we honor Gus for his contributions to the vintage aircraft community,” said Charles Harris, chairman of VAA’s Hall of Fame Committee. “He had an unprecedented term of service on the VAA board and, in particular, four decades of dedication to judging the finest vintage aircraft restorations in the world each year at Oshkosh. His attention to detail allowed the level of vintage restorations to rise tremendously over the past 40 years.”