Jim Bede Passes Away at 82 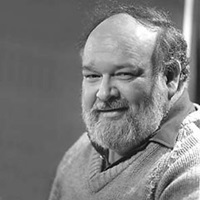 July 15, 2015 - James R. Bede, who designed 18 aircraft in his 50-plus-year career in aviation, passed away at the age of 82 on July 9. According to a message on BedeCorp.com, Bede died as the result of an unrecoverable aneurysm suffered at the Cleveland Clinic in Ohio.

Bede, EAA Lifetime 3758, had a number of well-known designs including the BD-4 high wing, BD-5 piston pusher, and BD-5J microjet. The latter gained considerable attention after being featured in the 1983 James Bond movie Octopussy. It was also popular at air shows flown by the Coors Light Silver Bullet Jet Team.

In 1971, Bede was honored with the Dr. August Raspet Memorial Award for having made outstanding contributions to the advancement of light aircraft design. The list of Raspet Award recipients reads like a who’s who of aircraft design and includes such names as Steve Wittman, Ray Stits, Burt Rutan, and Paul Poberezny.

The Bedecorp website’s tributes page contains condolence messages from people all over the world, attesting to the popularity of Jim Bede’s designs. He was born in Erie, Pennsylvania, in 1933 and his love of airplanes started early in life. He had a passion for design and was a mentor and a friend to everyone who had the dream to own and fly his own plane.

On August 1, the Lorain County Airport (KLPR) will host a memorial fly-in in Bede’s honor. Please refer to the Bedecorp website where details will be posted.