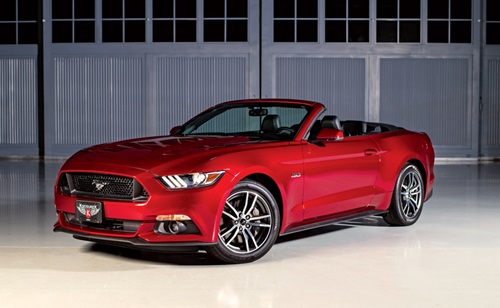 August 11, 2016 - Joaquim Lambiza, EAA 862298, of Portugal has been announced as the winner of the 2016 Young Eagles Raffle grand prize, a 2016 Ford Mustang Convertible GT Premium provided by Ford Motor Company and Kocourek Ford of Wausau, Wisconsin.

“I have bought [tickets] every time I was at AirVenture but, although I kept secretly dreaming with the Mustang, I rationally never expected to win,” Lambiza said, adding that he plans to take his new V-8 engine Mustang roaring on a coast-to-coast road trip.

“I have an immense respect for the Young Eagles program and to everyone involved either in the background, in donating, or doing the actual flying,” Lambiza said. “I personally consider it a critical do or die mission for aviation as a whole. We all have to keep the next generation highly involved, and especially us pilots should all share that mission and keep introducing aviation to the young ones.”

This year during EAA AirVenture Oshkosh, the Young Eagles program hit a milestone by providing its 2 millionth flight since the program was founded in 1992.