EAA’s Homebuilt Aircraft Council ensures the organization’s continued focus on vital programs of benefit to current and future homebuilders. The council of EAA volunteer leaders represents homebuilders and provides direction for programs, services, and activities that add value for members who are dreaming of, building, buying, and flying homebuilt aircraft.

“We had an amazing number of people apply to serve on the council, which just shows how passionate EAA members are about homebuilding,” said Charlie Becker, EAA director of chapters and communities. “The quality of the applicants made it extremely difficult to choose the final three members. I think everyone will agree that our new members bring some serious knowledge and experience to the table.” 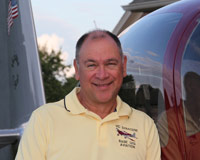 EAA is pleased to announce the following additions to the Homebuilt Aircraft Council.

Vic has extensive building experience, completing several RVs, two Kitfoxes, and a Prescott Pusher. He is currently working on a Just Aircraft SuperSTOL. Vic is an FAA Designated Airworthiness Representative (DAR) for amateur-built aircraft and an EAA technical counselor, flight advisor, and a Young Eagles pilot. Vic is a contributing writer for Kitplanes and resides in Locust Grove, Georgia. 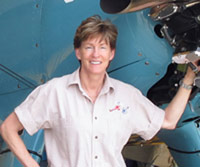 Lisa built a Pulsar XP and a Kolb Twinstar Mark III and is currently researching her next project. Lisa is a technical counselor and received EAA’s 2015 Tony Bingelis Award recognizing her work as a volunteer EAA technical counselor. She taught EAA SportAir Workshops from 1999 through 2006 and resides in Hayesville, North Carolina.

Paul is most familiar to EAA members as the current editor in chief of Kitplanes. He built an RV-8 and an RV-3 and owns an RV-6, and
he currently is building both a 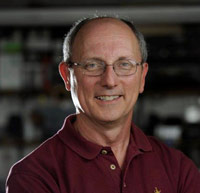 Xenos Motorglider and Dream Tundra in a never-ending attempt to fill out the family fleet. Paul is an EAA technical counselor and flight advisor and lives in Dayton, Nevada.

For more information on the Homebuilt Council, click here.