EAA is hiring seasonal employees for AirVenture. Take a look at our current openings and apply now!
The EAA website is scheduled for maintenance on Saturday, March 13, 2022, beginning at 8 a.m. (CST). Portions of the website, including membership login, join, renewal, shopping, and AirVenture ticketing may be unavailable at that time. We apologize for any inconvenience.
Your browser is not compatible with this website. Preferred browsers: Google Chrome, FireFox, or Microsoft Edge
Click here to upgrade to a newer version of Internet Explorer or Microsoft Edge.
Cookies are required for this site to operate correctly. Please enable cookies in your browser. 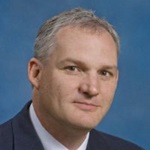 September 10, 2015 - Earl Lawrence, who was part of EAA’s industry and regulatory affairs for more than 15 years, has been named as the FAA’s new director of the UAS Integration Office. He will begin his new duties later this month, and will report directly to the FAA administrator.

Lawrence has been with the FAA since 2010, when he departed EAA and joined the agency as the director of the Small Airplane Directorate. In that role, he was responsible for 17 aircraft certification and manufacturing district offices in 21 states from Alaska to Florida.

“We congratulate Earl on his new role and responsibilities, and we’re very pleased to have a person with a long EAA connection in this key position,” said EAA Chairman Jack J. Pelton. “With his long background in general and sport aviation, Earl well understands the complexities of the National Airspace System and the importance of keeping GA safety and access as a priority as we see this new technology emerging in the sky.”

A graduate of Northrup University in Los Angeles, Lawrence joined EAA in 1994 as a government programs specialist. He became EAA vice president of Industry and Regulatory Affairs in 2000, heading EAA’s advocacy efforts and also supervising EAA’s aircraft operations. He also played a major role in the launch of the sport pilot/light-sport aircraft category in 2004, which capped a 10-year effort by EAA to bring a new recreational aviation category and certificate to the GA community.

Also joining the FAA’s UAS team is Marke “Hoot” Gibson, who will be the senior advisor on UAS integration, a position established to focus on external outreach and education, inter-agency initiatives, and an enterprise-level approach to FAA management of UAS integration efforts.