October 15, 2015 - The National Aeronautic Association recently announced the 2015 recipients for its multiple aviation awards, with many EAA members receiving recognition for their contributions and commitment to the flying community. Recipients of the awards are as follows: 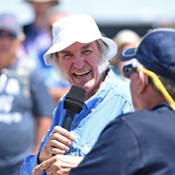 The Wright Brothers Memorial Trophy was established in 1948 to recognize Americans who provide “significant public service of enduring value to aviation in the United States.”

Since 1912, the U.S. Air Force and the NAA have collaborated to award this trophy to the “most meritorious flight of the year by an Air Force person, persons, or organization.”

Recipients of the Distinguished Statesman of Aviation Award, established in 1954, are recognized for being “outstanding Americans who, by their efforts over an extended period of years, have made contributions of significant value to aeronautics and have reflected credit upon America and themselves.”

Along with the Air Care Alliance, a nationwide body of humanitarian flying organizations, the NAA uses the Public Benefit Flying Awards to honor volunteers and their organizations who selflessly give their time using aviation to help society.

The FAI established this award in 1952 for “those who have served the cause of Aviation and Sporting Aviation, by their work, initiative, and devotion or in other ways.”