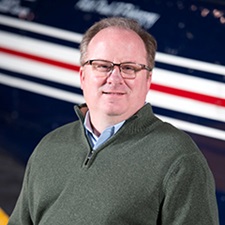 October 27, 2016 - EAA’s influence and relationships with the entire aviation community will be a major asset as the organization assumed the chairmanship of the FAA’s General Aviation Joint Steering Committee (GA-JSC) this month. Sean Elliott was in Washington, D.C., late last week to officially take the chairmanship from the retiring Bruce Landsberg, former president and executive director of the AOPA Air Safety Foundation.

The FAA’s GA-JSC is an industry-agency partnership working to improve general aviation safety. It analyzes safety data and uses a consensus method to develop risk reduction efforts. Earlier recommendations from the group included those in loss-of-control accidents and system component failure. The stated goal of the committee is to reduce the GA fatal accident rate per 100,000 hours by 10 percent by the end of 2018, with no more than one fatal accident per 100,000 flight hours by that time.

“EAA’s ability to build collaborative relationships throughout the aviation community is an important element in leading this group and developing safety recommendations that are effective and practical,” said Elliott, EAA’s vice president of advocacy and safety. “We are proud EAA’s leadership role is recognized and can spearhead efforts toward our ultimate goal: reducing GA accidents and lowering risk barriers that keep people out of the sky.”

The committee includes members from more than a dozen general aviation organizations, plus representatives from the FAA and observers from the National Transportation Safety Board. EAA is a charter member of the committee and will chair the group for three years, then rotate to the vice chairmanship in exchange with AOPA.

“This chairmanship is another example of where EAA is involved in the detailed, painstaking work to make aviation safer for everybody,” Elliott said. “While the big issues where EAA is involved often grabs the visibility, being engaged in this kind of cross-community, long-term effort is important for our members and everyone who wants to grow recreational aviation.”