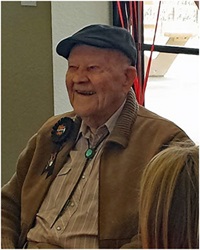 During the event, Ellis flew a Cessna Cardinal in the company of a safety pilot and two of his grandchildren.

More than 60 people, including chapter members and members of Ellis’ family, attended the birthday celebration.

From all of us here at EAA, happy birthday Roger!