In celebration of the 25th anniversary of the EAA Young Eagles program in 2017, we’re featuring 25 Young Eagles whose stories inspire and exemplify the impact of the program.

“I took my Young Eagles ride at Oshkosh in 2002 in a DC-3 to kick off the afternoon air show,” he said. It wasn’t his first flight in a GA aircraft and it certainly would not be his last. 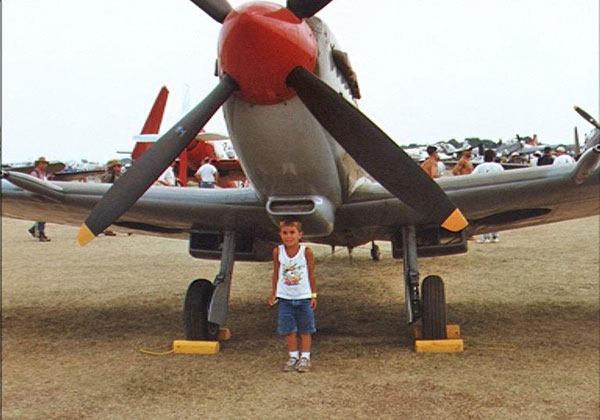 After that first flight, David said he took another ride at a chapter rally at his local airport in Kenosha, Wisconsin.

“My second ride was a real eye opener for me, because it was the first time I got to actually pilot an airplane,” he said. “I think this was the day I knew it would be possible to learn to fly.”

After that flight, David signed up for private pilot ground school and went on to get his private certificate in 2013. Soon after, he began giving rides with Chapter 1342 at the University of North Dakota, where he was studying airport management, and eventually became the chapter’s Young Eagles coordinator. Today he is a member of the EAA chapter office staff in Oshkosh.

David said the Young Eagles program is extremely important for opening the eyes of young people to the world of aviation and encourages them to pursue their aviation dreams.

“It provides you with resources to help you take the next steps in your aviation career,” he said. “I strongly encourage any kid who takes a ride, and their parents, to look into the Young Eagles flight plan.

“If you enjoyed your ride, do it again. Ask your Young Eagles pilot or local chapter how you can take a second ride and how else you can get involved with aviation in your local area. You’d be surprised about the doors it might open for you.”

If you or someone you know has a Young Eagles story to share, e-mail us at khollidaygreenley@eaa.org. You can also share your Young Eagles photos or video with us on Twitter and Instagram using #YoungEagles25.