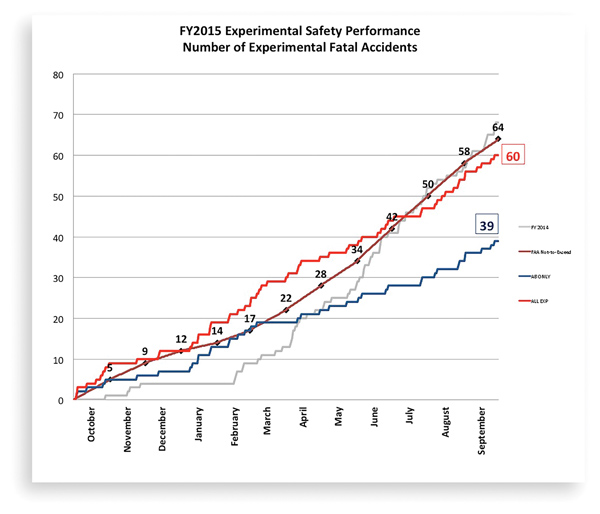 October 15, 2015 - In September, EAA completed its annual tracking of experimental category fatal accidents. Experimental aircraft were involved in 60 fatal accidents during fiscal year 2015, with amateur-built aircraft accounting for roughly two-thirds of those accidents.

Despite the promising numbers, EAA is committed to expanding its role in experimental aircraft safety with the goal of seeing even larger decreases in fatal accidents. The EAA Founder’s Innovation Prize will allow the experimental community to come forth with innovative solutions to loss of control, while the amateur-built safety pledge will allow homebuilders to hold themselves accountable for making safety the top priority when building their aircraft.