There’s a Barometer in Your iPhone

February 2018 - Did you know that recent iPhones and iPads have a sensitive barometer built in? I followed a link from Belite aircraft related to an app it sells for $30, but found Pressure Altimeter by Lonnie Ganz in the App Store for $1.29. I downloaded it and found that it measured an 8-foot difference between my basement and first floor. That’s promising. I can’t wait to try this in the airplane. It has a vertical speed indicator, which I like because my VSI reads at least double the actual speed. Note that the app says it is for entertainment use only, but it could be useful in the event that your in-cockpit altimeter fails for some reason. The VSI makes it especially useful to aviators. 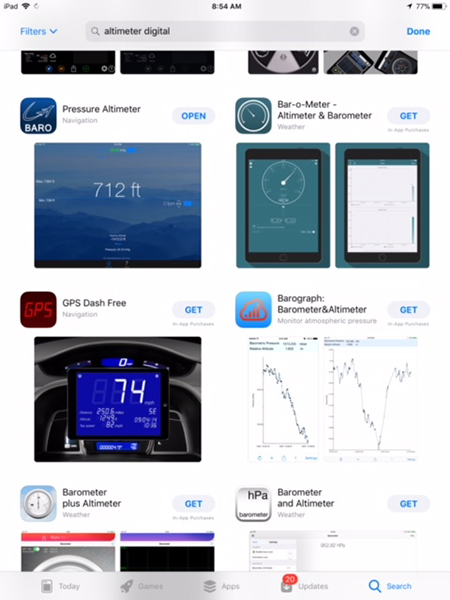 If you use the AeroWeather app, you can find out what the air pressure is at the nearest airport and enter that at the top of the screen to calibrate the altimeter, which will then give you your field elevation.

Look for a follow-up article once I’ve tested it in my aircraft.