Would You Build a High-End Homebuilt Twin?

March 2018 - Sebastian, Florida, is midway between Melbourne and Vero Beach. On the edge of the eastern seaboard’s Intracoastal Waterway, it hosts an active triangle-configured airport with two intersecting runways and skydiving operations potentially every day of the year. 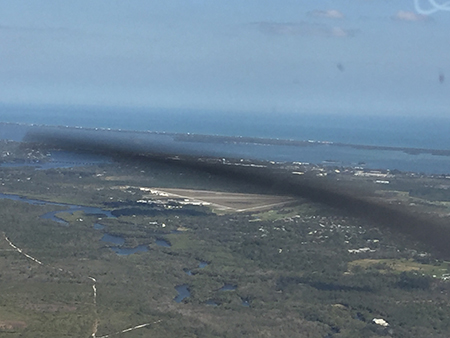 Sebastian is also home to Velocity Aircraft. My future son-in-law, Paul, asked me if I was interested in a visit, and I jumped at the chance to ride with him in his V-tail Bonanza. 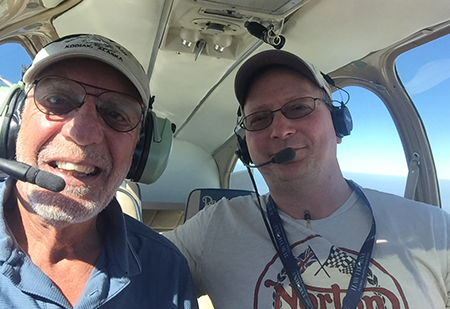 After a perfect flight across the width of Florida, we taxied up to the open hangar door of one of the buildings occupied by Velocity and were met by Duane Swing, EAA 71724, a very active octogenarian who, along with his son Scott, purchased the company in 1992 from its founder Danny Maher, who started Velocity Aircraft in 1984. 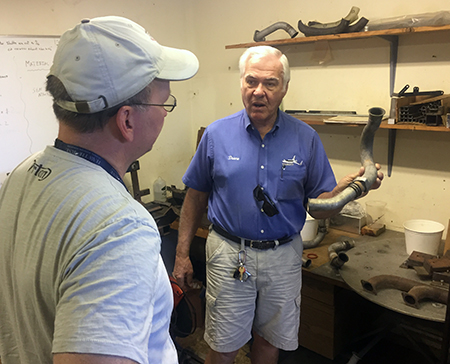 Duane Swing introduces us to the welding room.

The Velocity is a high-end, four-seat homebuilt aircraft with available retractable gear and twin-engine options. If you wanted to go to extremes, you could have the whole thing built, with twin engines, retractable gear, and panel for around a cool half-a-million Canadian dollars. Most of us might find that a bit rich, although it’s clearly the cheapest way to get into a brand new four/five-seat twin if you didn’t want to build it yourself. If you really want to go overboard, you could install twin turbine engines as one builder is doing. You can buy the fixed-gear XL complete airframe kit (single-engine) configuration for as little as US$51,000 and put as much or as little time into building the aircraft as you have available; there are fast-build options for the fuselage and wings. Most of the hours spent on a Velocity involve sanding rather than riveting. 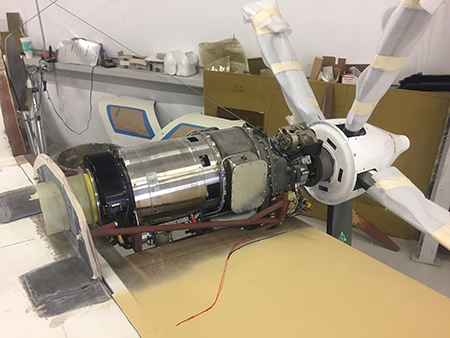 A turbine engine being installed with a five-bladed prop.

Historically, the Velocity has its design origins in the Rutan Long-EZ. Danny Maher basically stretched all the measurements and made a four-seat version of this canard/pusher design and made variants possible for either single-pusher or twin-pusher options. When the Swings bought their kit they decided to design a retractable-gear version and make it available to other builders. Then, when Danny decided to sell his business, the Swings were the first people he called, and they purchased the company and relocated to Sebastian from Dayton, Ohio. The design has continually evolved, with the bench rear seat for three children forming the basis of the Velocity XL-5 design. The canard wing was redesigned to solve a problem with the nose dropping when travelling through rain. A shorter higher-lift airfoil reduced the effect of rain pushing the nose down such that in the modern design it is almost unmeasurable. 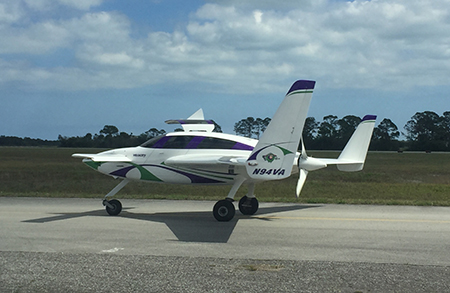 A Velocity fixed-gear single returning from test flight as we left.

Outsourcing seems not to be in the nature of the Swing family. They do everything they can internally including weldments, avionics, molding, milling, turning, and painting. 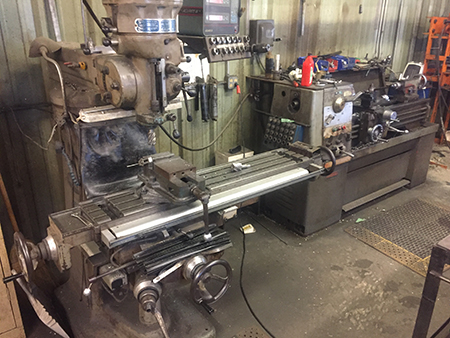 A vintage milling and turning machine.

They even showed us their homemade control sticks exquisitely finished in bar top epoxy. 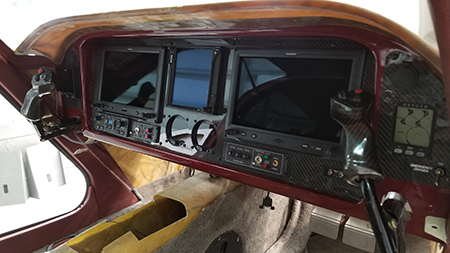 The day we visited was during a flu epidemic, but there were partially constructed aircraft everywhere. 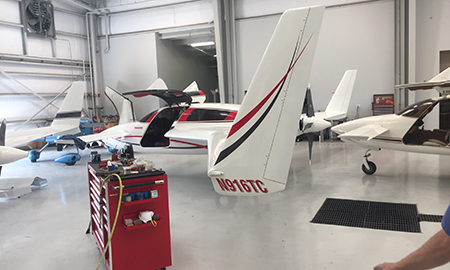 As you may know, the Velocity is not only a high-end performer, but also a very stable and safe aircraft to fly. It is virtually unstallable and unspinnable. The visit did nothing to quell our appetite for this beautiful exemplar of the best in homebuilding, even if the twin turbo with retractable gear is way beyond our budget.

Velocity Aircraft are regular attendees at all of the major homebuilt aircraft shows, and if you would like to know more about its kits and options, including the availability of a test flight, you can consult its website here. One interesting design tweak of note, the single-engine variant has large winglets, but the twin has a conventional rudder and no winglets.

Many of us dream of building an aircraft that we can fly in to EAA AirVenture Oshkosh. You can enjoy the experience of a family doing just that in a Velocity XL RG on the opening page of the VelocityOwners.com website. It’s a very nicely produced video almost a half an hour in length.

Finally, you may be interested in this discussion from its website, explaining why the conventional wisdom applied to the argument about single versus twin may not relate to the Velocity Twin.

Reasons twin-engine aircraft have lost favor in the flying community:

How does the Velocity V-Twin solve these problems?