May 2017 - The propeller was bought used, so it could use some refinishing. It’s been biding its time for three years or so. Wood props, while kinder to engines and especially crankshafts, are themselves more fragile than alloy. 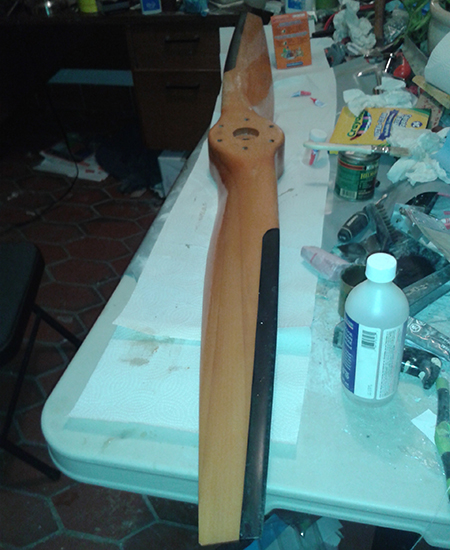 This one had a few nicks, but we learned a trick involving super glue and baking soda: Start with the merest amount of glue then sprinkle on the powder with either fingers or a mustard spoon. 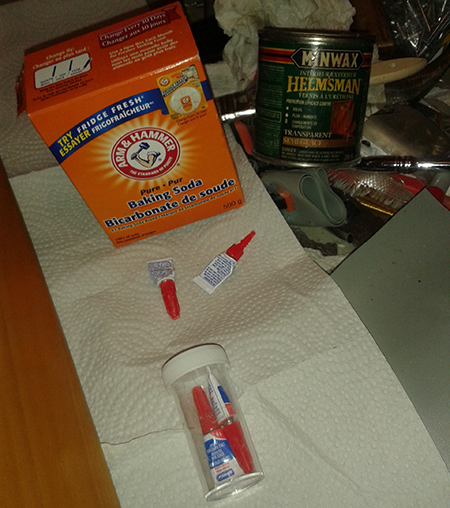 Fairly quickly, add more glue, enough to wet all the powder on the nicks. After, say, 15 minutes, the glue is hard enough to file. We prefer a single-cut mill file about 10 inches long. A brush is useful to clean the teeth of the file as they become clogged. In a few minutes, the repairs will be flush with the existing varnish.

No thinner was in stock and it hates humans anyway, so rubbing alcohol was used to clean the surface before varnish. I prefer something like good marine varnish, which is applied evenly and with a once-over on each side to be sure the coat is even and free of runs. The other side will have to wait until the first side dries.

As ground run and test flight approach, an update reminds us all of what has been accomplished and what enjoyment lies ahead. Will the aircraft/project be ready for flight in June?

What remains to be installed/connected are a number of electrical items, propeller, and cowl flaps. In theory, this would take 10 days.

It appears the lower cowl now fits the engine, has space for everything, and the upper cowl will attach, albeit with some straps to help.

The cowl flap needs to be installed and the control connected. All the bits are in hand but need installing. The challenge is that the control cables go down the sides of the fuselage while space and attachments are limited.

The cowl flap is about 17 inches wide and 10 inches long; 170 square inches is a lot, but cowl flaps can be closed if they are too large. Correcting for too small cowl flaps would involve a redesign and a lot more work. 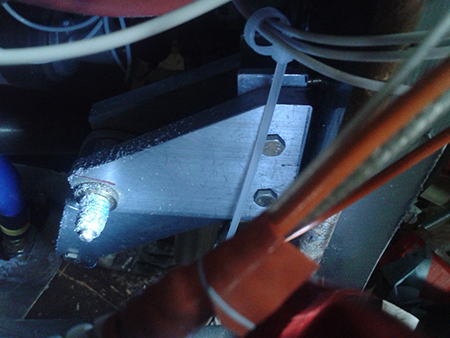 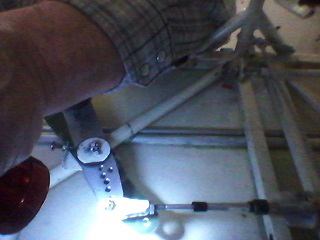