June 2017 - At one point we took a full-size cardboard replica of the firewall to plan exactly where everything needed to go to fit it all in. That model needed to be redone several times to make everything fit. Even so, things are tight and must be assembled in a certain order for access. Several components were moved around for the alternator and cowl flap.

In the same way, space in a Sonerai cockpit is at a premium and one cannot just add or change an item without it affecting space for the pilot. Thus, the cowl flap lever needed to be installed on the same pivot shaft as the throttle. 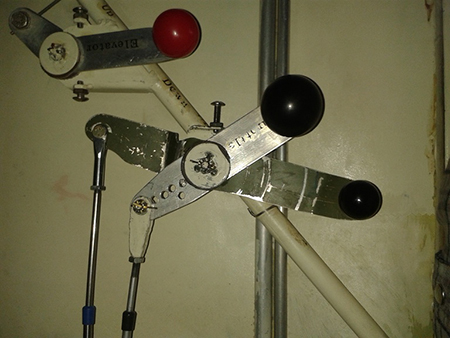 Because of that 6-inch cowl flap travel, the cable mechanism must follow the bellcrank mounted on the firewall. 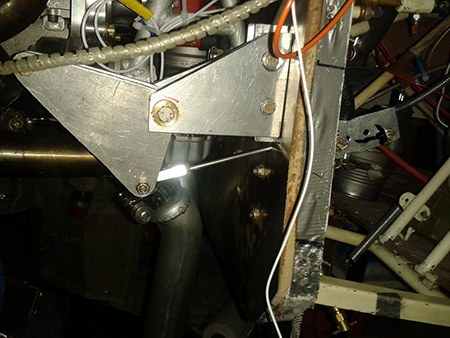 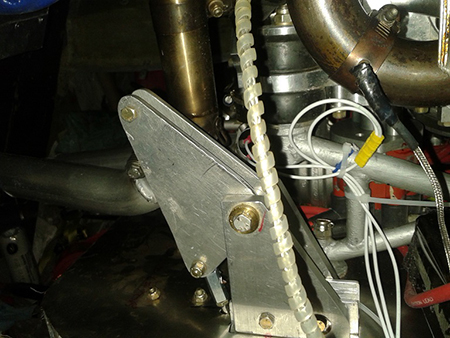 Cowl flap in the open position 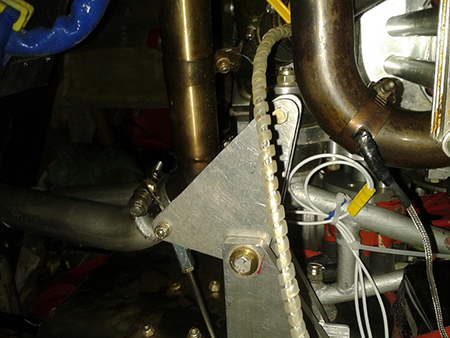 Cowl flap in the closed position

There is quite a bit of total adjustment in the mechanism such that if the cowl flap needed to be opened farther than 6 inches, it could be adjusted to open 3 inches farther. If that was not enough, a longer pushrod could be used for that purpose. Our calculation is that 6 inches will be enough for extended climb and in the hottest weather for 130 mph cruise climb. An increase of say 50 hp does that for you. Normal climb is about 80 mph.

We’ve never kept a time record, but that cowl flap and mechanism have been dragging on and off for more than a year. It’s one thing to design something, and another to get it to work.

With the installation of the cable and connecting the bits today, all the items remaining are electrical, either installations or connections. We count the Facet fuel transfer pump as electrical. Engine and cockpit electrical will be dealt with in separate parts.