In the Minds of the Wright Brothers

July 2018 - If you’ve never been to the Wright Brothers National Memorial in Kill Devil Hills on the outer banks of North Carolina, it’s a treat that is not to be missed. I had that experience in mid-June on an extended RV road trip. 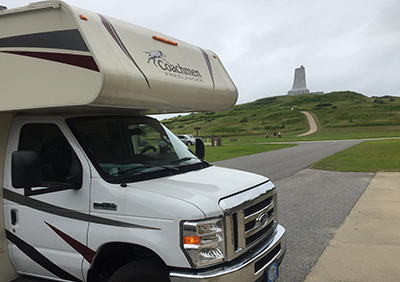 The memorial itself is grand in every sense, but the most impressive for a pilot is to stand in the places where the Wright brothers stood and just put yourself in their mindset. 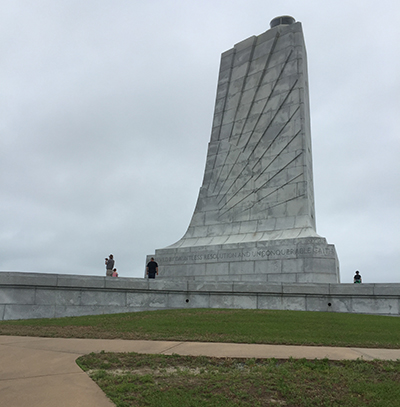 Starting with the hill topped with the monument, you can visualize their day-to-day, year-over-year experimentation with their glider, in view of the Atlantic Ocean, trying to configure it so that it would be controllable in flight. The steady winds made the hilltop an obvious choice. Wouldn’t it have been great to stand there and say, “Hey guys, this wing warping was a good idea, but you’d make faster progress if you made ailerons”? To be fair, they were wing warping because that’s what birds do, and it was a logical choice at the time. The rationale behind having a front-mounted elevator was to protect the pilot in the event of the inevitable crashes. Regardless, the end result of their multi-year trips to the Outer Banks resulted in that special day, December 17, 1903, when they flew just 40 yards under engine power. The view from the top of the hill shows where they must have been eyeing their planned powered flights down below. 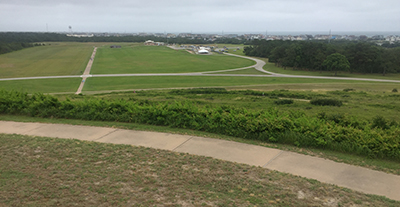 Tantalizing view — it was sand at the time.

The two brothers swung the counter-rotating props at the same time to start the engine. The aircraft had a bicycle wheel hub mounted underneath to act as a bearing on the iron rail that they had installed on the ground to limit friction on takeoff. Wheels would have added too much weight for their marginal ability to take off. 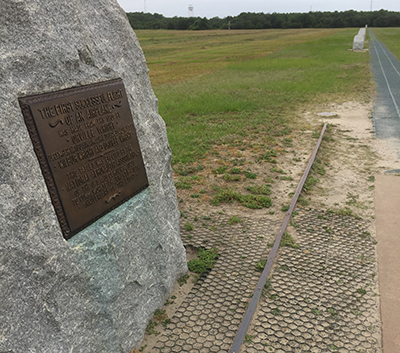 Can you imagine the feeling of accomplishment in proving mankind can fly? The brothers completed four flights that day, each one longer than the last with the final one covering close to 300 yards. Each time, they had to drag the aircraft back to the start point, their launch rail system. Each flight they flew they were beginning to learn how to be the world’s first pilots of powered, heavier-than-air aircraft on record. Can you imagine the feeling of elation at the end of that day, when they had improved the length of each flight? So much potential.

There are marker stones along their flight path indicating successively longer flights, but each only lasting a few seconds. 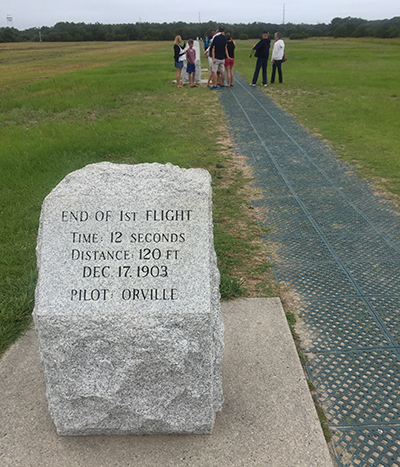 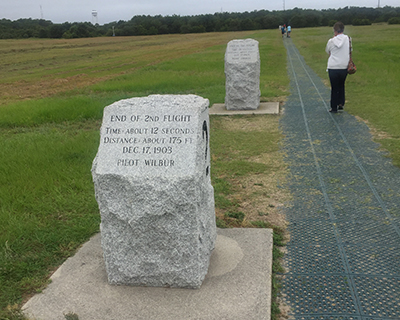 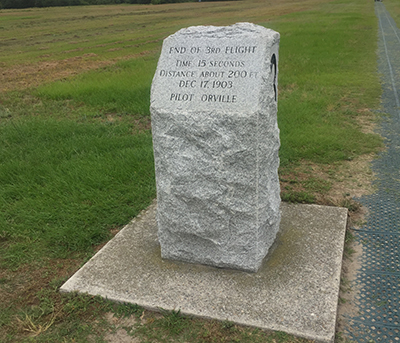 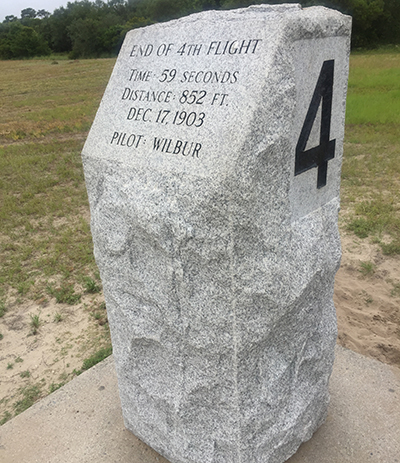 In the few years leading up to the successful flights the Wright brothers investigated and challenged existing data on the science of lift, drag, control, and many aspects of flight during hundreds of manned and unmanned glider flights resulting in the concept of three-axis control systems we still use today. It wasn’t until 1902 that they introduced the rudder. There is a nicely constructed playground sculpture that looks pretty robust and replicates the events of December 17, 1903. 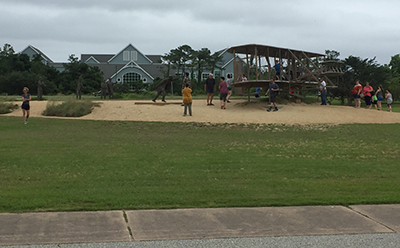 Reconstruction of that historical flight.

At the end of the last flight that day, the aircraft was damaged in a hard landing, and then the wind caught it and rolled it across the beach — it never flew again. It was described as unstable enough that only the Wright brothers could have flown it, with their several years of practice with their gliders. Today the Wright Flyer, having been rebuilt, and displayed in several venues, lives in the Smithsonian National Air and Space Museum. 1903 was to be their last trip to Kill Devil Hills, and by 1904 they were flying circles for minutes rather than seconds in the Wright Flyer II over Huffman Prairie near their hometown of Dayton, Ohio.

If you do get a chance to fly to the Wright Brother’s Memorial Park, you will find that you can land at the little airstrip on the grounds close to the memorial. 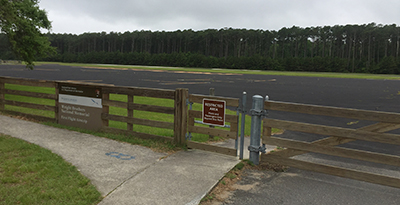 There is no fuel and you cannot stay overnight. Driving in to the park, you will pay $10 per person or if, like us, you are more than 62 you can buy an annual National Parks pass for $20, which gets you and three accomplices free access to more than 2,000 national parks, monuments, and a host of other places of interest in the United States.