From Assembly Required to Airworthy in One Week

August 2018 - What does it take to build an RV-12 in one week? Well, you start with a great team of volunteers, Van’s employees who know what they’re doing, and some very solid organization ahead of time. You keep it simple, too. 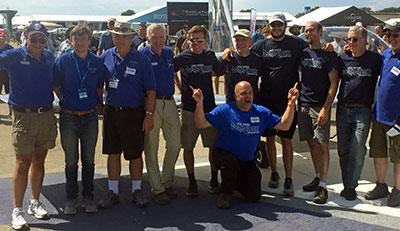 One Week Wonder volunteers and Van’s employees gather in front of the completed RV-12.

If you’re not familiar with this concept, the idea of the One Week Wonder is to open the boxes of a standard kit aircraft on Monday morning of EAA AirVenture Oshkosh and try to get it ready to taxi by the final afternoon air show on the following Sunday. The plan was to then fly it sometime midweek after most of us had left Oshkosh. The main driver is to have as many visitors to AirVenture as possible participate in building an aircraft, many of them for the first time. 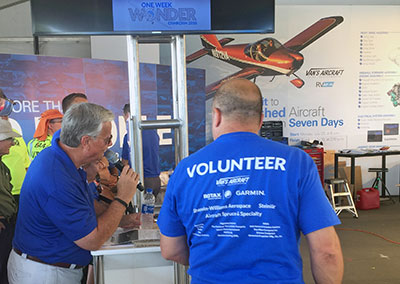 EAA CEO and Chairman of the Board Jack J. Pelton commenting on the amazing project.

It was interesting to see the choice of a Van’s RV-12 as this year’s One Week Wonder project. Known to be the fastest build in the Van’s product line, the simplicity of pulling rivets and using prematched, predrilled holes means that instead of five operations for each rivet — Cleco, match drill, deburr, countersink/dimple, set shop rivet — all you do is assemble the parts and then pull rivets. More than 2,500 people pulled a rivet and put their name on it during the AirVenture 2018 One Week Wonder build. 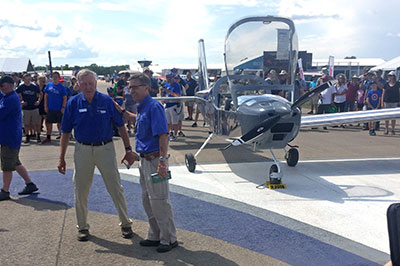 Richard VanGrunsven (left) and EAA Director of Chapters and Communities & Homebuilt Community Manager Charlie Becker in front of the completed One Week Wonder.

Van’s is celebrating an amazing achievement this year: More than 10,000 of its kitbuilt airplanes are now flying. The engine choice for the One Week Wonder, a Rotax 912 iS, is Van’s first deviation from the recommended Lycoming engines preferred for the rest of the RV line of kit aircraft. With full FADEC and fuel injection, the 912 iS requires just a single control: the throttle. No carb heat, no mixture. With electronic ignition and automatic mixture adjustment this will be a very simple aircraft to fly.

It was not as simple as it may have seemed, though. What made this a more challenging build was that several areas of an RV-12 still use shop rivets rather than pulled ones. The engine cowl, for example, like all Van’s designs, is retained with piano hinges. This system works beautifully when it’s done right, but it can be time-consuming and involves a lot of hand-squeezed rivets. The result of all that effort was a work of art. Around 12,000 rivets were set during the week. 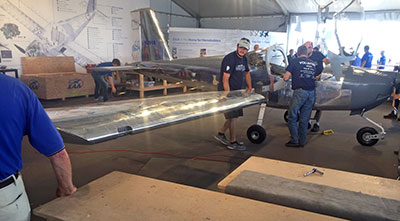 The wings can be easily removed. 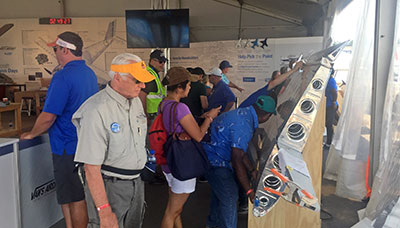 Both wings are removed and stored while the One Week Wonder is rolled out of the tent where it was assembled. 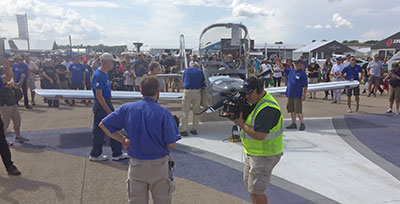 The wings are reattached in what seemed like five minutes.

As you can see from the photos, the wings can be easily removed, and seemed to reattach in under five minutes. They had to be taken off to get the assembled aircraft out of the space where it was built and then reattached before the triumphant parade down to the flightline. 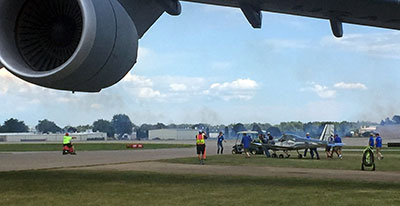 One Week Wonder poised on the flightline ready for its first taxi.

Talking with Charlie Becker, director of chapters and communities & homebuilt community manager, on Tuesday morning after the show, I asked whether it might be possible to stay and watch the first flight. Imagine my surprise at hearing him say, “It was last night.” Astonishingly, it actually flew Monday night, the day after the air show closed, having been signed off on Sunday afternoon. The RV-12 will now be used to promote flying activities, and EAA, at venues all over North America.

Note to self: Next time you build an instrument panel, go with a premade harness! The whole thing goes together so much faster.