August 2015 - The AirVenture homebuilding project this year was to build several sets of aircraft wings and donate them to EAA chapters that could use them to promote flying. Van’s Aircraft, Sonex, and Zenith all contributed kits to build wings. One of the lucky chapters was Ottawa’s Chapter 245; it was fortunate enough to get a set of Zenith CH 750 Cruzer wings. Winning the wings not only meant participating in their construction during AirVenture, but also figuring out how to get them home. 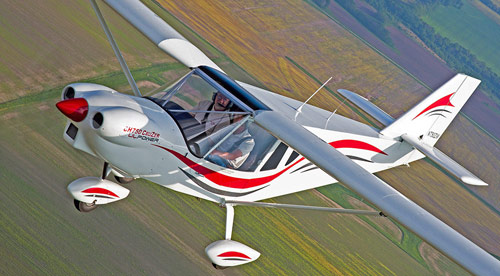 Members of Chapter 245 worked on assembling the wings during AirVenture, and by Saturday a trailer was located to help in getting them home to Ottawa.

The members of the executive committee had hoped to win a set so that they could educate other people on how to build aircraft and promote flying in their community, especially to young people. They already had experience in forming a flying club and in building Zenith aircraft. Such an organization will eventually own the aircraft. It will be neat to build it and fly it back to Oshkosh!