September 2015 - Saul Cartman was one of Canada’s foremost Young Eagles pilots. Saul flew Young Eagles whenever the opportunity arose. At the time of his passing, he had flown 890 young people in many communities in Northern Ontario and Quebec. Always keen to fly, it only took a phone call, and Saul would be there in C-FRSG, his trusty 182. 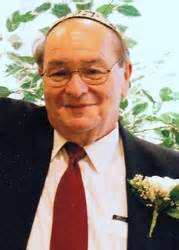 Saul was a well-respected and successful businessman, having owned and operated Cooperator’s Security and Alarm, and McNeice & Smith Inc. He was a founding member of the Sudbury Flying Club, the Civilian Air Search and Rescue, Young Eagles, and Sudbury Amateur Radio Club. He was a passionate pilot who was happiest flying planes. 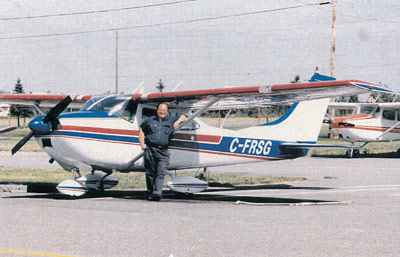 He was also an accomplished musician. He will be remembered as a valued mentor to many and was always quick to help others. He was unassuming but effective in truly building our community, so that the city of Sudbury can be described as “greater” because of him. The light of his life will be cherished by all who knew and loved him.

Saul passed away on August 8 after a battle with cancer, with his family by his side. He will be a big loss.

Editor’s note: Saul must have had quite a sense of humour. Here are a few lines from his memorial card:

Sitting up and taking nourishment, much to the consternation of others.

VE3YSC signing off the sandbox net (his amateur radio club and call sign).