October 2015 - It would be surprising if anyone in Canadian general aviation did not know the name of Dr. Jill Oakes. As a passionate educator and promoter of aviation, especially to women, she was honoured October 3 in Toronto by the Northern Lights Award Foundation (NLAF) along with six other women in different categories of excellence in the world of aviation. 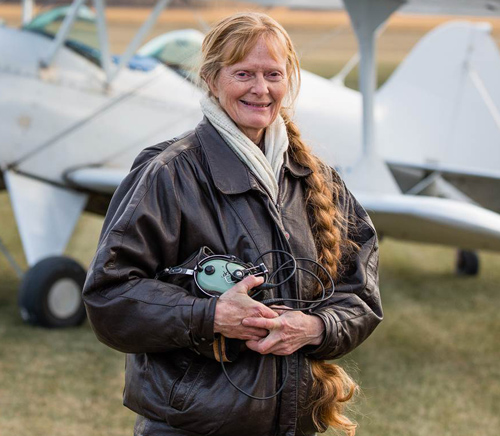 You can read about the awards here. Have a look at the fascinating bios about Jill and the other six honourees. Jill is very active in promoting not only girls and women in aviation, but also community events around Winnipeg. You might ask what zumba or yoga has to do with aviation. Organizing other events based at the local flying club is a great way to get the community engaged in your local airport and potentially get them actively involved in aviation, and that’s what Jill does very well. Having nonaviators as regular visitors to your flying club is a great way to get the community to support the airport. Too many times the local population is alienated from its flying neighbours, and any activity that gets residents involved in events at the airport is a good thing.

Most events are held out of Springfield Flying Club at Lyncrest Airport, just outside of the Winnipeg International control zone. Lyncrest, the home of EAA Chapter 63, has two intersecting turf runways and over 70 members of the flying club. The flying community there is a great example of collaboration between the different flying organizations, supporting not only the EAA chapter, but also COPA Flight 35 and the RAA Winnipeg Chapter.

Jill said, "I’m honoured to be awarded the Northern Lights Award. The many individuals and organizations I have the opportunity to work with are truly the major contributors to aviation education… They fuel my enthusiasm for promoting aviation to all sectors, especially women." 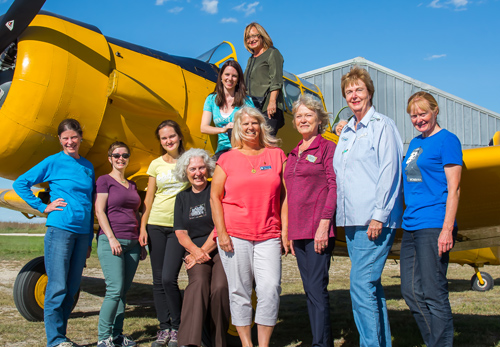 Last year Jill flew her Pietenpol to AirVenture, and we had it on display at the Canada Tent. She also hosted a forum on Women in Aviation. 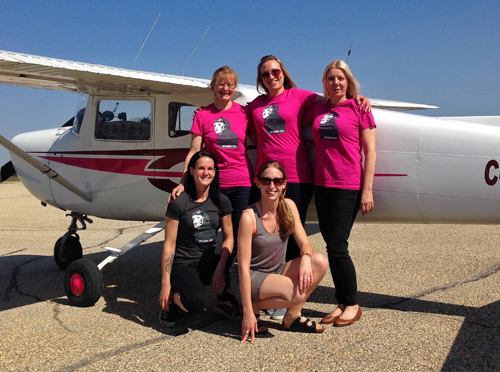 For the first time in history, half of the pilots participating in the annual Manitoba Ninety-Nines Poker Derby were women! This fund-raising event is supported by EAA, COPA, RAA, Harv’s Air, Winnipeg Aviation, and many other groups, providing funds for numerous flight-training scholarships. Photo credit Rick Riewe.

Jill also regularly organizes events inviting women to go flying and attend classes, preparing them to write their pilot learner permit exams, for free, making them eligible for flight-training scholarships. To support women aviators at all levels, Jill is instrumental in establishing numerous Manitoba 99s Scholarships, including the Club Plane, Ground School, and Broadening Horizons Scholarships. This year these scholarships were presented to 17 female pilots, from beginners starting ground school to women preparing to be hired by the airlines. 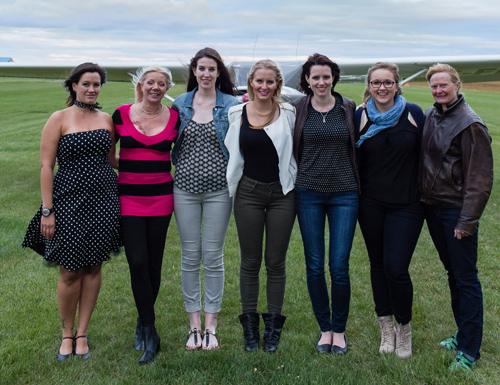 C-FLUG, the C150 donated by Bill Vandenberg for women pilots to build hours, is available to new pilots at a highly subsidized $20/hour. C-FLUG has enhanced the advancement of over two dozen women in achieving their aviation careers, is used almost every Sunday by dozens of women interested in learning how to fly, and is one of a number of aircraft that offer over 2,000 combined free flights at Lyncrest. Photo credit Luke Penner.

Thanks to Jennifer Salo, communications director, Northern Lights Awards Foundation and to Paul Dyck, board member, EAA Canada Council, for sending us this great story of how one person can make a difference. Jill is definitely a Northern Light who is keeping her aviation community alight.