This is just a brief update. We have had lots of interest in Ted’s project, so we thought we’d pass on a photo and video of the completed aircraft. — Ed.

Those of you who have been following our project might have expected a flight by now, but we ran into a cooling problem at taxi speeds. We needed to add a fan to the radiator to keep it from overheating when we were in extended taxiing. 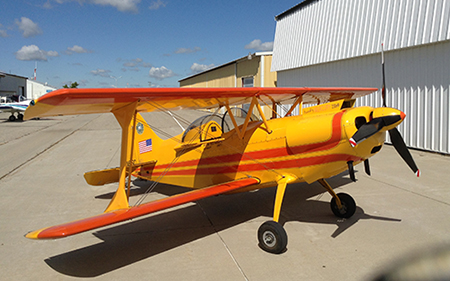 The cowling also had to be modified. 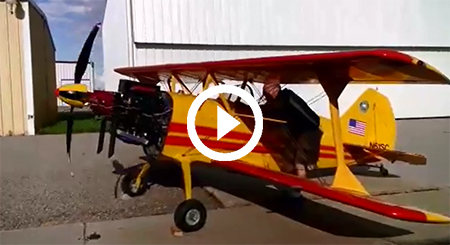 If I wore a toupee, this would be a good way to test how well the glue holds!