Control of Your Engine’s Oil Temperature

November 2017 - Sometime during the first 200 hours or so on our RV-9A, my wife had a prop strike when the nose gear collapsed. So, as part of the repair, out came the engine to a local qualified engine shop for a teardown, inspection, and repair as necessary. On inspection it was noticed that the camshaft had minor indications of corrosion. This was a surprise since the engine only had about 200 hours since major overhaul.

In order to control my oil temperature, I had built and installed an air inlet box to the oil cooler with an airflow control valve that would block off the airflow to the cooler. Unfortunately, the air pressure against this plate was high enough that the valve slowly opened during flight; the control cable being unable to hold the valve closed. 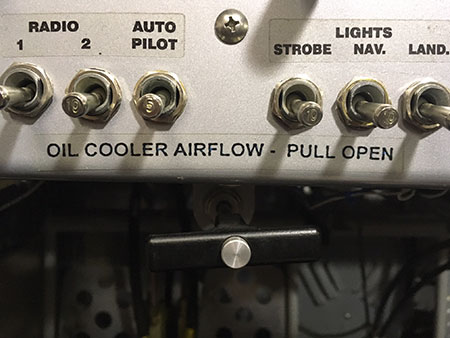 Flying out of our Alberta airports, we found that with a tightly constructed baffle system, our Lycoming 0-320 continuously ran with an oil temperature below 180°F. I had long wanted to replace this control cable with a locking type, but I never got around to it. The minor corrosion on the camshaft woke me up, and I replaced the cable. (As well as the camshaft.)

Having replaced the cable with a locking type, I find that the temperature control of my system is not immediate. If my oil temperature is below 180°F, I adjust the valve to reduce the airflow slightly and then wait to see the results that stabilize within about five minutes. If, after this time period, I am still not at 190°F, I attempt a further correction. With a few iterations, I have my oil temperature pegged. 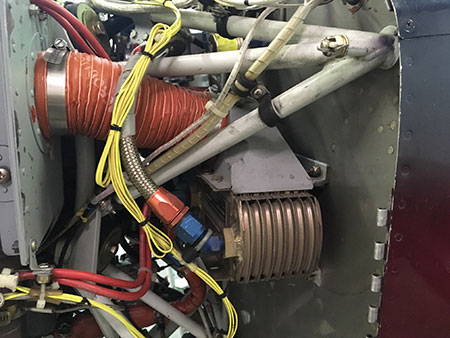 I chose to build my own valve plenum to accommodate the location of my oil cooler. Another option would be to purchase a butterfly control valve from a supplier such as Nonstop Aviation (see photo). The benefit of this valve is that it does not load the control cable throughout its movement range, since it is equally loaded on both sides of the pivot shaft. It can be installed directly behind the rear baffle plenum.

If you are building an aircraft with an engine-oil cooler, you really should consider adding a temperature control feature. This one is simple, inexpensive, and will help prolong the life of your engine.

In next month’s column we, again, will look at controlling the oil temperature by using a bypass system in the oil flow, allowing the oil to bypass the cooler.