December 2016 - EAA CEO and Chairman Jack Pelton recently announced the addition of Ken McKenzie to the board of EAA. McKenzie has had a very active and interesting ongoing career in aviation, most recently as senior vice president for strategy and corporate development for Airbus Group, Inc. He served 14 years as a pilot with the Royal Canadian Air Force (RCAF), specializing in tactical helicopter operations and search and rescue. McKenzie is a recreational aviation enthusiast owning a Lancair IV-P. 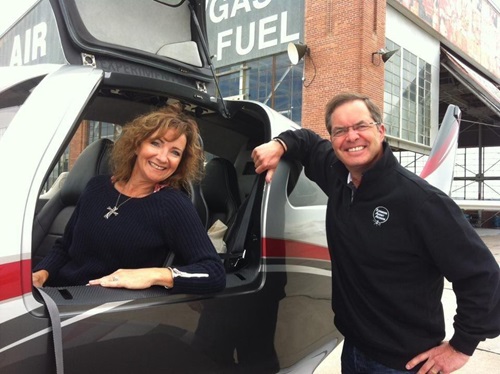 McKenzie, EAA Lifetime 1181112, was invited to join the board during its fall meetings earlier this month in Oshkosh, Wisconsin. As a Class III director for EAA, he will serve a one-year renewable term on the EAA board.

“McKenzie is an EAA lifetime member who is personally committed to recreational aviation in all its forms and brings very strong aviation industry leadership experience to our organization,” Pelton said. “We are grateful he has accepted our invitation to join EAA’s board, whose members volunteer their time and expertise to lead our association, as we pursue our mission of growing participation by sharing the spirit of aviation.”

Prior to joining Airbus, McKenzie worked in the commercial air carrier side of the aerospace industry at WestJet (Canada), Air Canada Jazz, and Spirit Airlines. He also served abroad as program director of the West African Flight Program for the United Nations High Commission for Refugees.

McKenzie holds a Bachelor of Arts degree from the University of Manitoba and a Master of Business Administration from the Jack Welch Management Institute at Strayer University. He has also successfully completed the Ivey Executive Program at the University of Western Ontario.

McKenzie and his wife Sonia survived a fiery crash in the Everglades at the end of August in 2015.

He was also recently interviewed about the $50 million Airbus electric aircraft projects — eFan 2.0 all-electric aircraft being developed for the European flight-training market and the eFan 4.0 destined for the U.S. market. The eFan 4.0 will not only be used for flight training but, as a hybrid, it will have much better cross-country capability. Both aircraft use lithium ion polymer batteries. You can listen here to a very informative podcast in which Ken was interviewed about the product development.