December 2016 - We are delighted to report two activities that resulted in the revival of our EAA chapter.

EAA Chapter 1051 is located in the Annapolis Valley of Nova Scotia, and the recent closure of the Waterville airport really put a damper on the aviation community and EAA Chapter 1051 for a time.

But with the opening of a privately operated airfield in Hillaton, now known as Hillaton/Kings Aerodrome Airport (CHL2), and with Chapter 1051 back up and running, we decided to have a barbecue at the new airfield on 27 August 2016.

This event was a great success with about 35 people attending and with two aeroplanes arriving from the sunny sky; Christoph Both flew in from Stanley with his Europa and Ralph Keeping from Upper LaHave with his Rans S7 on amphibious floats. 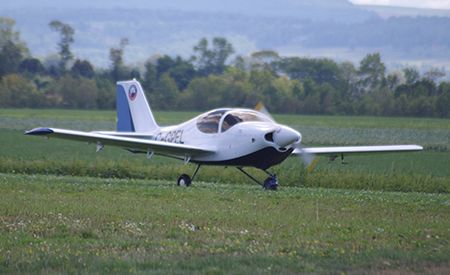 Christoph Both arrives in his Europa 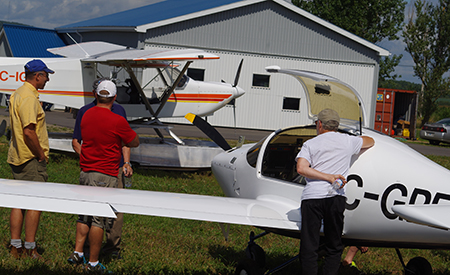 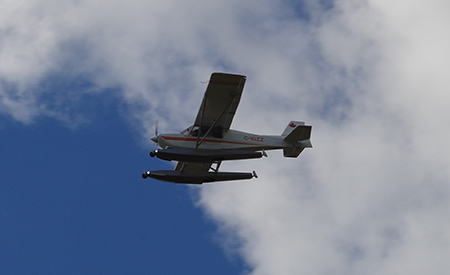 Plenty of hotdogs and hamburgers were served, lots of cool drinks were consumed, and we gained three new chapter members.

On 26 November 2016 we held another barbecue (cool, cloudy weather with light winds) but with a much smaller attendance (around 10-11 persons), yet we also gained a new member!

We gathered at the shop of Bob Bishop (on the site of the former Waterville airport) to have a look at his magnificent 2/3-scale Hawker Sea Fury that was just recently brought back from the paint shop. 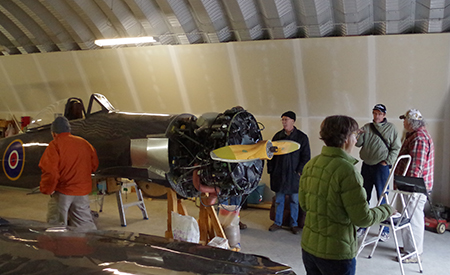 This aeroplane has been under construction for many years, and now Bob is busy attaching all the bits and pieces and running wires etc. 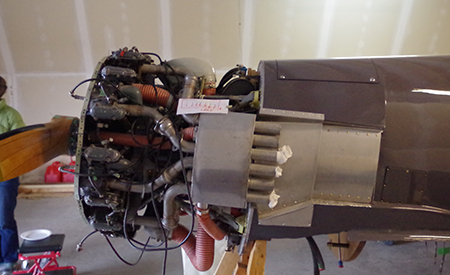 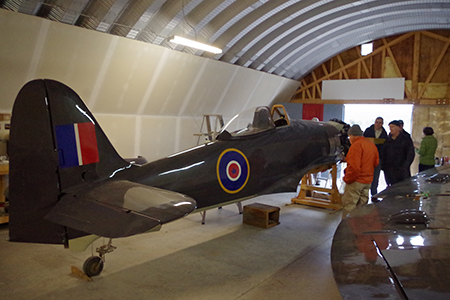 View of that nice paint job from the tail 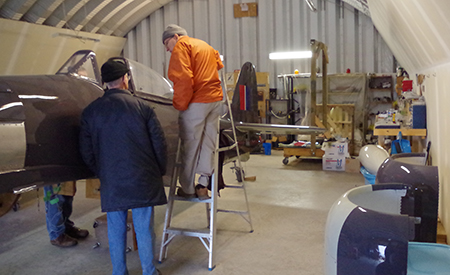 Chapter members do an inspection

It will be an exciting day when this machine takes to the skies!