Southwest Pilot of April Emergency Landing to Speak at AirVenture 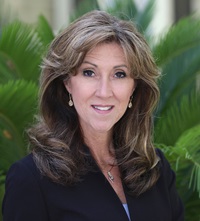 July 19, 2018 - Tammie Jo Shults, EAA 1168555, the captain of the cockpit crew that in April successfully executed an emergency landing of a Southwest Airlines 737 after an engine blew apart, will tell her harrowing story to fellow aviators at EAA AirVenture Oshkosh 2018 during an evening program on Wednesday, July 25.

Shults, who with her husband and son are longtime EAA members, will appear as part of the WomenVenture “Celebrating Women Pilots” program at Theater in the Woods, beginning at 6 p.m.

Southwest Flight 1380 was flying from New York to Dallas on April 17 when a malfunction caused one of the two engines on the Boeing 737 to explode, sending shrapnel through a window and causing a rapid depressurization. Shults and first officer Darren Ellisor used their training to maintain control of the aircraft and land safely in Philadelphia, successfully saving 148 passengers and crew members.

Among the other women appearing as part of the July 25 evening program are:

Heather Penney, senior resident fellow for the Mitchell Institute for Aerospace Studies, who is best known as one of a handful of fighter pilots scrambled in response to the terrorist attacks of 9/11. Penney, at that time a young lieutenant flying an F-16, was under orders to intercept United Flight 93, before it crashed while passengers were attempting to take control.

Capt. Jessica Hodson, a KC-10 instructor pilot in the U.S. Air Force Reserve, and her all-female crew. Capt. Hodson will be the aircraft commander of the KC-10 Extender that is coming to AirVenture and will be on display for the week. When she’s not flying for the Reserve, Capt. Hodson is a first officer for UPS, flying MD-11s.

The evening will be hosted by retired Lt. Col. Olga Custodio, a former T-38 instructor who was the first female Hispanic military pilot in the U.S. Custodio, who also flew for American Airlines and was the first female Hispanic commercial airline captain in the country, has gained some well-deserved celebrity recently as her story has been featured as part of a popular television commercial for Modelo beer.