July 25, 2016 - EAA began as a group of three dozen like-minded people who wanted to build their own airplanes. This core interest grew almost immediately to include restoration of ex-military and classic civilian aircraft, and an expansion into the world of aerobatics. Over the years, these interests have developed into full-blown EAA Divisions, with their own membership structure, publications, and vibrant communities of their own. 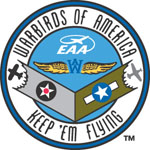 Our Warbirds division was founded in 1966 to promote and encourage the preservation and operation of ex-military aircraft, and to educate its members in methods of safe operation and maintenance of these icons of living history. The division’s motto is, fittingly, “keep ’em flying.” What started out as a club for World War II fighter owners has now blossomed into an organization whose members own and fly the whole gamut of ex-military aircraft — from the old biplanes, trainers, fighters, bombers, and liaisons of World War II to the early jets of the Korean War era to the aircraft of the Vietnam War.

Members of EAA’s Warbirds of America receive Warbirds magazine, and the opportunity to join a local Squadron as part of the EAA chapter network. For more, see warbirds-eaa.org.

EAA’s International Aerobatic Club is the place for people who feel more at home upside down than they do right side up. IAC was formed in 1970, and was an outgrowth of what was known as the Precision Flying Division. The division is responsible for the promotion of sport aerobatics under the guidelines of the Federation Aeronautique Internationale (FAI), the world governing body for sport aviation competitions and record attempts. IAC is the official United States representative at meetings of the FAI.

Members of IAC receive Sport Aerobatics magazine and the e-newsletter In the Loop with articles proven to be an important resource for people interested in competition or recreational aerobatics and emergency maneuver training. Learn more about IAC on the web at iac.org.

Founded in 1971 as the Antique/Classic Division of EAA, the Vintage Aircraft Association’s mission is to keep aviation history alive. In support of that mission, VAA encourages the retention and restoration of vintage aircraft in multiple categories, maintains a reference library, and brings like-minded people together to foster their common interests.

VAA members receive a subscription to Vintage Airplane magazine, in which members learn and share restoration techniques, including valuable “how I did it” tips; get dispatches detailing how association officers and directors work with the FAA and other officials on their behalf; read feature articles about fellow members who restore these magnificent aircraft and more! Vintage Airplane magazine is one of the great benefits of membership in the VAA. To find out more visit EAA.org/Vintage