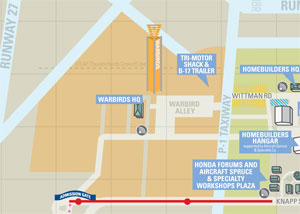 See upwards of 400 to 500 jets, fighters, bombers, trainers, and other historic airplanes that played key roles in the 20th century’s world conflicts. Many of the warbirds have been restored beyond their original glory and outfitted in the colorful paint schemes they proudly displayed in combat.

At the center of the Warbirds area is Warbird in Review, a large display area that profiles several of the rare and unique warbirds from the World War II, Korean War, and Vietnam War.

Be sure to put this on your AirVenture Bucket List. Kids say “It’s Awesome!” & parents grin ear to ear as their kids put famous WW-II fighters through their paces. The Warbirds Youth Education Center features not one, but five Redbird full motion flight simulators, offering kids the rare opportunity to “fly” the P-51 Mustang and the F4U Corsair. Dedicated in memory of famed Warbirds Pilot Vlado Lenoch, The Warbirds Youth Education Center is open daily from 9:00 a.m. to 3:00 p.m. Admission is free. 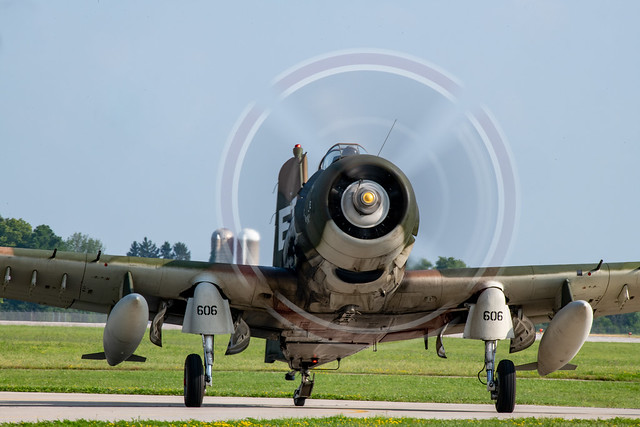 Delve into an aircraft's history and hear tales of courage from the veterans who flew them in twice-daily sessions. Step back in time to experience a bit of World War II living at AirVenture. Leave your mark with a commemorative brick at this area of reflection. Learn more about EAA Warbirds of America and its programs.